Preserving wealth with gold you can touch

You can keep gold at a special secured facility in Changi, where a firm lets big and small investors trade in actual gold in an online global exchange. 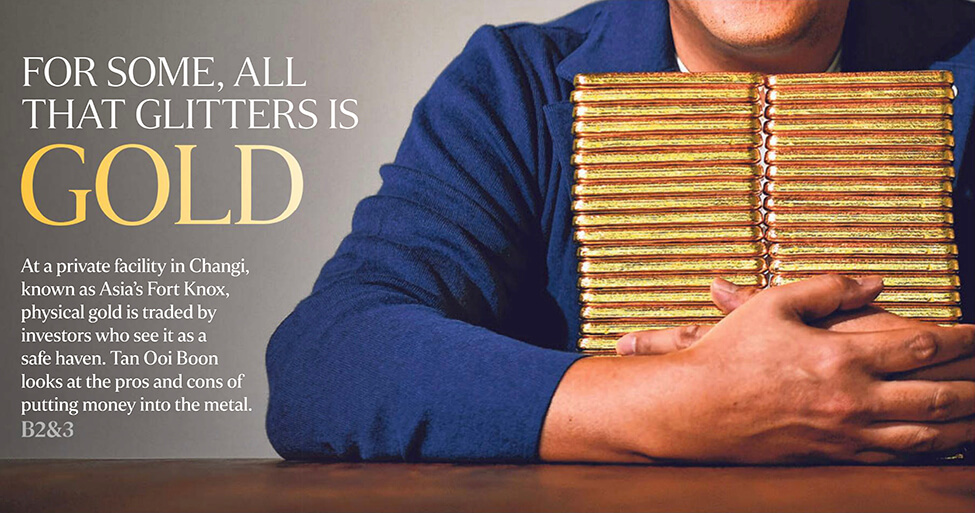 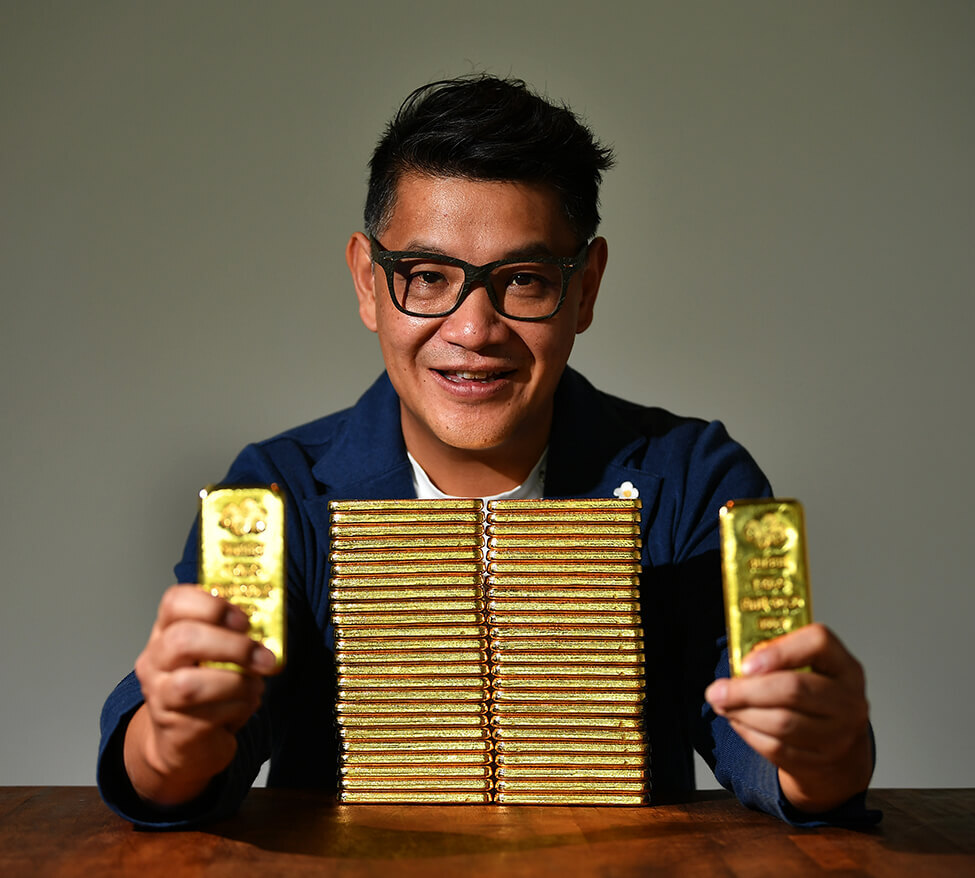 Mr Victor Foo, founding chief executive of Singapore Precious Metals Exchange, with 50 pieces of gold that weigh 50kg and are worth over US$3 million (S$4 million).

This is what more than $4 million worth of gold looks like.

In all, these two stacks of pure gold bullion comprise 50 pieces, each smaller than the palm of your hand but weighing a hefty 1kg.

Together, they weigh more than a petite adult woman. If you are wondering whether you are worth your weight in gold, the value of each bar, based on the current price, is over $80,000.

These gold bars and many others are being stored in Le Freeport, a secured logistics hub in Changi North Crescent.

In case you are harbouring thoughts of a gold heist, don’t bother.

The private maximum-security vault, touted as Asia’s Fort Knox, is protected round the clock by armed guards.

Visitors to the vault have to go through checks that are stricter than at the airport.

Before entering and leaving, they must step into a security scanner and lift up both arms for a complete body scan to ensure no one can smuggle anything in or out.

Within this high-security zone is where the Singapore Precious Metals Exchange (SGPMX), a unique privately run trading and storage company unlike your usual gold trader, operates.

The company allows investors - both big and small - to trade in actual gold in an online global exchange where anonymous buyers and sellers deal with each other, much like how shares are traded on the stock exchange.

This type of gold trading is possibly the first of its kind, as investors who want to bet on gold will usually put their money in gold exchange-traded funds (ETFs).

In such cases, any money made or lost is based on the performance of the funds, which try to make the best trades based on the volatility of gold prices, so investors do not really own gold in such cases.

A more traditional way of investing in gold, often preferred by the older generation, is to buy gold bars, coins and jewellery, which they keep at home or in safe deposit boxes.

They will then sell these items to goldsmiths or pawnshops if they need to convert them to cash. While some people may scoff at what seniors do with their gold, Mr Victor Foo, founding chief executive of SGPMX, notes that there are merits in this old-school practice.

“Trading in physical gold in today’s online world may seem out of fashion, but know that as long as you have that gold, you will never lose the value.

“I learnt this the hard way in 2008 when well-known institutions like Lehman Brothers went down.

“All the money I had with them was also gone,” says Mr Foo, who was then an insurance broker.

This is why gold is always seen as a safe asset in a downturn, such as the current pandemic which has caused gold prices to rise by more than 25 per cent.

Drawing on his experience and tapping investor sentiment, Mr Foo founded SGPMX, which incorporates all the best practices of gold investment.

In the past decade, SGPMX has allowed gold investors in Singapore and overseas to trade with one another online, with gold bullion that comes directly from well-known refineries around the world.

Being in a high-security zone next to Changi Airport facilitates the direct movement of high-value cargoes between the vault and the planes.

Investors can buy gold at market price from SGPMX and pay fees that range from 0.25 per cent to 1 per cent.

Those who are keen to keep a personal stash can also rent deposit boxes or even a giant safe that can hold up to three tonnes of gold.

So, how much gold is stored there, and how many customers do the bars belong to?

“For confidentiality and insurance liability reasons, these are the two questions that I cannot answer,” says Mr Foo.

He was interviewed and photographed in his private office in the building, because filming is not allowed in the vault.

Just like how countries keep gold as national reserves to boost and defend their economies, some well-off families can maintain private gold reserves to guard against severe downturns. “The Government here ensures that each bank customer is protected up to $75,000 per bank. “But if you have a lot of money in the bank, this may not be sufficient protection and hence some people turn to gold as the asset to preserve their wealth,” Mr Foo says.

While smaller bars allow more flexibility for owners in cashing them in, the most popular bullion is the biggest one because most people keep gold for the long term.

SGPMX also has a trading scheme that allows owners of 1kg bullion to “sell” only a part of their bullion, without cutting it physically. This comes as some owners wish to cash in on their gold without having to sell the entire bar.

In such cases, SGPMX will update the “gold accounts” of their customers, who can check online how much gold they still have.

Is gold investment worth the money?

If you had the foresight to put all your money into gold earlier this year before the Covid-19 outbreak was declared a pandemic, you would be richer by about 25 per cent today.

Indeed, the price of gold surged and hit record highs in the last few months because demand exceeded supply, sparking a modern-day gold rush. It currently stands at $81,828 per kg.

But if you are new to this game, know that gold, unlike shares of blue-chip companies, does not give you dividend income as you hold on to it. You make money only when you sell it at a higher price, or lose money if you sell it below your purchase price.

If you are not confident in trading in gold but are still keen to do so, you can consider investing in a “proxy”, which is a gold ETF that is managed by investment firms.

Not all gold ETFs are created equal, so do your homework before you buy into one.

Similarly, your parents may tell you that buying gold jewellery is not the same as buying bullion. You pay more for jewellery as there are workmanship fees and it is unlikely to be pure gold (24K), which is too soft to hold its shape.

When it comes to investing in gold, bullion is a better choice than pure gold coins.

However, some commemorative coins have an intangible advantage if they are rare, as there will be collectors who are willing to pay a lot more than their worth in gold.

In the past, some Singaporeans were duped by crooked gold traders who ran off with their gold and money.

Mr Foo is aware of such cases, so he has chosen a high-security zone subject to various checks and rules from the authorities, including Singapore Customs.

Moreover, only the owners have keys to their safes, and they can check on their gold any time.

“Initially we were worried that some people would come regularly to see their gold, so we allow only six free visits per year because guards need to be deployed for each visit.

“But so far, no one has come more than six times a year.”