It will allow retail customers to buy and sell bullion online 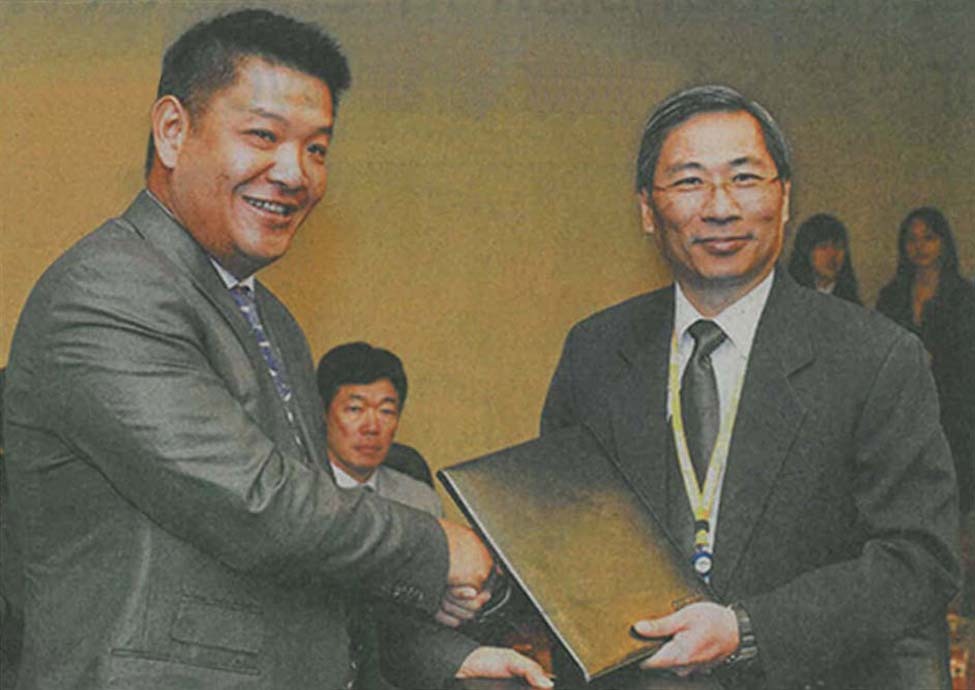 [SINGAPORE] Riding on the rush for physical gold in Singapore, an online trading platform for physical bullion investors has been launched here.

In what it says is a first in the world, the Singapore Precious Metals Exchange (SGPMX) will allow retail customers worldwide to buy and sell physical gold or silver from one another, provided that they store their bullion with its partner Certis Cisco Singapore.

The platform will operate round the clock, and accept any transaction above US$1,000.

SGPMX charges the buyer and seller a fee of 0.25 per cent each for every transaction, and 0.5 per cent a year for storage.

Formerly called SG Net, an online bullion retailer with US$8 million in revenue last year, SGPMX came about when its founder and chief executive officer Victor Foo saw a gap in the market for retail customers who wanted to store or sell their bullion.

"Those who buy bullion normally keep it for the medium to long term, so storage is very important," said Mr Foo, adding that there was no such facility for the man on the street even though a few banks have set up gold vaults in Singapore recently.

Following in the footsteps of JP Morgan Chase which started a vault here in 2010, Deutsche Bank last month launched a 200-tonne facility while UBS said on Tuesday that it has started a 60-tonne vault.

ANZ has also confirmed to BT that it is in talks to set up a similar feature.

Under the SGPMX arrangement, gold is kept at Certis Cisco on an "allocated" basis. As a custodian, Certis Cisco will also take responsibility if anything happens to the bullion while in storage.

"This is for everyone, not only for the super rich or the high net worth individual," said Mr Foo.

And while it is relatively easy to buy gold on the open market, the problem comes when retail customers want to sell, as they often have to do so at an unfavourable price, arrange for secured logistics service, and have the bullion authenticated, he said.

With the SGPMX arrangement - where gold is kept with Certis Cisco right after delivery from a mint and hence can be resold repeatedly without any need for authentication - these problems are resolved.

"When they want to sell now, there's no more shipment needed. All they have to do is go to their account, click on the sell button and it's done," said Mr Foo.

The firm, which has 15 employees, has an aggressive expansion plan in the works. It will soon start a storage service with Certis Cisco in Malaysia, and plans to set up a marketing office in Tokyo by early August.

SGPMX currently has 11,000 retail customers, 95 per cent of whom are in the Asia-Pacific region. It is also in discussions with institutions such as pension funds, sovereign wealth funds and banks.

While these institutions have traditionally bought gold through paper derivatives, they are increasingly facing pressure from end investors to include physical bullion as part of their offering, said Mr Foo.

SGPMX aims to be a one-stop shop for these institutions which may not want to be involved in the nitty-gritty such as arranging for secured logistics.

"It's very difficult for them to do it themselves, because they're not in this business... By working with us, it basically makes the whole process instant," he said.

The firm yesterday made its first sale to commodity investor Jim Rogers, who sees the recent dive in gold prices as a "normal correction".

While he was happy to write a cheque for the price of US$1,200 an ounce, Mr Rogers - well known for having predicted the start of the global commodities rally in 1999 - believes the decline in the gold price still has some way to go.

But gold prices will pick up again ultimately as central banks around the world continue to print money, Mr Rogers opined.

"If the US continues to print money at a rapid rate, (its currency) would turn into confetti some day."

Pointing to his suspenders which has US dollars printed on them, he quipped: "I'm recycling my USD."