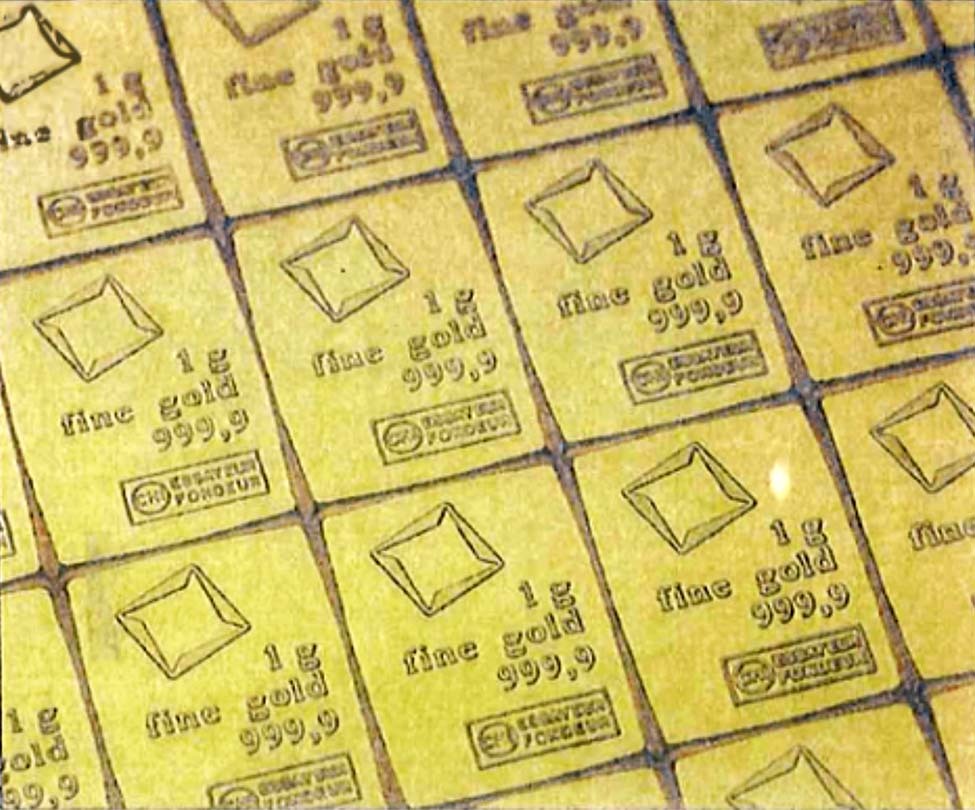 [SINGAPORE] A physical bullion retailer has launched a savings programme, encroaching on a space previously occupied only by local bank UOB.

Investors who invest in gold typically have to fork out at least $100 to buy a 1/20-ounce coin.

SGPMX chief executive Victor Foo said: "We understand that not all consumers have the liquidity to purchase gold and silver in large quantities in each transaction, and purchasing small quantities continues to remain expensive due to the high premiums."

“The idea is to allow individuals, regardless of financial standing, to accumulate precious metals in small denominations.”

Customers can arrange for a certain amount - enough to pay for at least one gramme of gold or 10 grammes of silver - to be deducted from their bank account by Giro each month to make small incremental purchases.

The account will be backed by physical bullion, in particular a special CombiBar made by Swiss refiner Valcambi.

The 50-gramme, credit card-sized bar - dubbed “chocolate bar” by some - is pre-cut into one-gramme pieces that can be easily broken off by hand, but investors are required to accumulate up to 50 grammes of gold or 100 grams of silver to be able to collect the bar.

Otherwise, they can sell the holdings in their accounts back to the firm at a discount to the market price, or to other investors on SGPMX’s online trading platform, though buyers will have to similarly reach 50 grammes before they can retrieve the gold.

Mr Foo added: “In short, we don’t want to break up the bar. We want you to buy the full bar. This is targeted at people who can commit that amount over a period of time.”

SGPMX claims to run the only online exchange in the world for individuals to buy and sell physical precious metals from one another. Established in August 2011 by Mr Foo, who previously owned financial consulting firm Independent Planners Sdn Bhd in Malaysia, the company makes the selling of physical bullion its core business.

This has pitched it headlong into competition with UOB, an established player in the local bullion market which launched its gold and silver savings accounts 33 years ago.

It is the only local bank offering physical gold to retail customers. The bank requires an investor to buy at least five grammes of gold or 10 ounces of silver in each transaction. This would have cost $261 and $249 respectively in yesterday’s prices.

These savings accounts, however, are not backed by physical bullion; investors will have to sell their holdings back to the bank at a discount to the market rate if they wish to terminate their account. As demand for gold surged last year, following a plunge in gold prices in April, the bank did not remain still on this front. A month after that, it launched online access to these savings accounts, and followed this up in October by enabling access through its mobile application.

Before this, customers had to visit a UOB branch during banking hours to carry out transactions on the savings accounts.

A spokesman for the bank said: “Today, digital channels are the main channel for gold purchases by our customers, and together contribute more than 80 per cent of total gold purchased (from the bank).”

The number of gold and silver savings accounts opened with the bank grew 20 per cent between 2012 and last year.

The gold sector here received a fillip in October 2012, with the removal of the Goods and Services Tax for investment-grade precious metals; three banks opened gold vaults in quick succession last year. Small precious metals retailers such as GoldSilver Central and Silver Bullion have also set up shop in the past few years, BT previously reported.