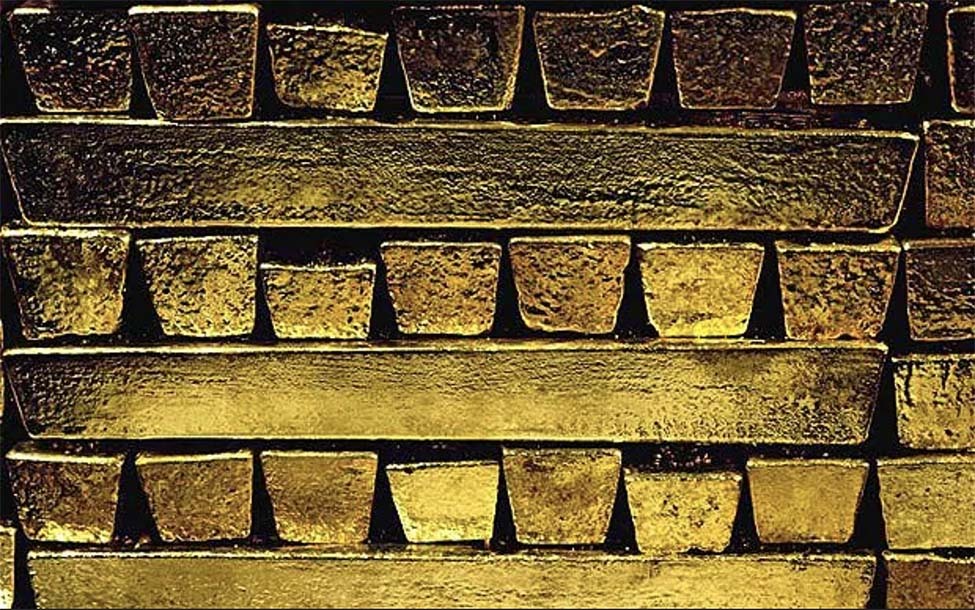 WITH the renowned American investor Jim Rogers on hand to complete the first transaction, a Singaporean entrepreneur called Victor Foo (both pictured below) opened on July 3rd what he claims to be the world's first physical precious-metals exchange. The genial Mr Rogers, resident in Singapore since 2007, showed how it's done: on the premises of a security company called Certis Cisco he bought a few coins which were then zipped up in a bag to be stored in their vaults, from where it can be sold on the new exchange whenever he wants (hopefully after the price goes up a bit).

This is not about futures or derivatives. The idea, according to Mr Foo, is that in these uncertain times traders will be attracted by the idea of having a real, physical commodity at the end of the days' dealing-anything from a thin wafer of silver to a gold bar.

The Singapore Precious Metals Exchange (SPMX) thus combines several operations that are normally separate processes under one roof. It is a retail operation, an extension of Mr Foo's former business of selling gold or silver to those who want to buy it. It is a storage facility, holding the gold or silver in vaults for a small fee (0.5% of the value per year, in partnership with Certis Cisco). And it is an exchange, allowing individuals, institutions and even national mints to sell gold and silver to their peers.

With about 12,000 customers on the books already (about 4,000 of them in Japan) from his existing retail bullion business, Mr Foo is aiming for about $10om in turnover in the first year of business. That would be good news for Mr Foo, but also for Singapore, which wants to become an Asian hub for gold and silver trading, overhauling its perennial rival Hong Kong. Last year Singapore's government did away with its 7% sales tax on certified gold and precious metal transactions to stimulate the local market. Its aim is to increase its share of the world trade in bullion from the present 2% to as much as 15% over the next decade or so. 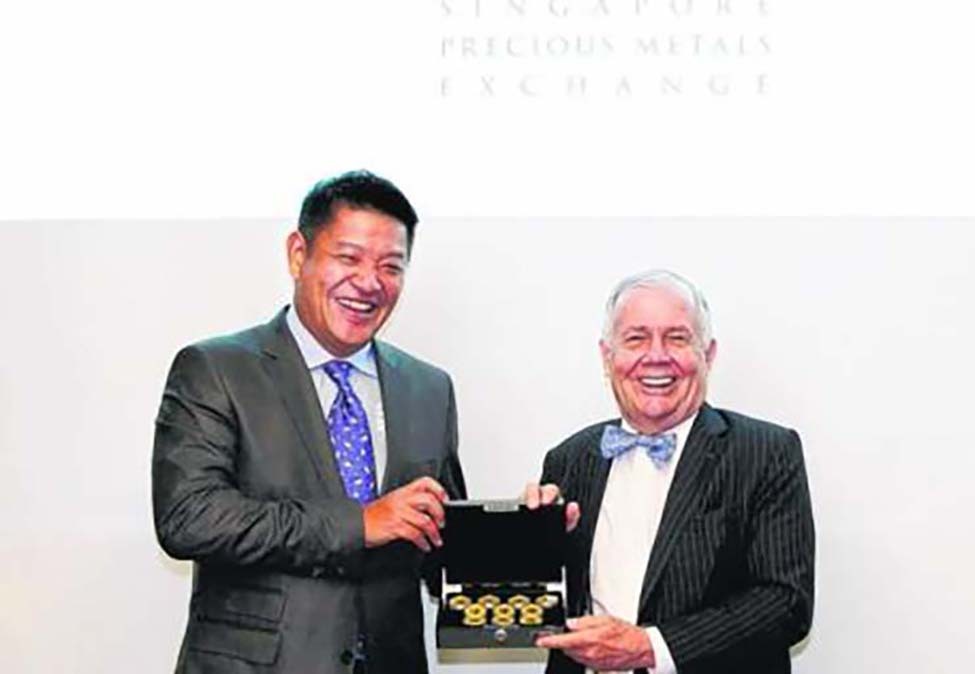 For now the tax changes certainly seem to have had a galvanising affect. There is not just the SPMX. Metalor, a company based in Switzerland, is building a $15m gold refinery in Singapore that is expected to be completed by the end of the year. The precious-metals processor cast its first one-kilogram gold bar in the city-state a few weeks ago. And banks have been opening new storage facilities locally. Deutsche Bank, for instance, has started a vault with the capacity to hold as much as 200 tons, its largest outside London.

All this, of course, comes as the price of gold continues to plummet. At the opening of the SPMX, Mr Rogers speculated that gold still has further to fall, probably to about half of its peak price. But this "correction", as he called it, does not seem to be worrying anyone unduly in Singapore. Indeed, Mr Foo argues that this is exactly the right moment to be opening a gold and silver exchange. "There's lots of bullion for sale", he argues, so he is looking forward to "lots of transactions."